The devastation caused by Hurricane Harvey is horrible and heartbreaking. And for those of us who don’t live in the area, our hearts go out to those affected. We see what’s happening to our fellow Americans and we’re compelled to do something. Some people donate, others volunteer, and if you’re dog photographer Alex Hopes, you use what you know.

Hopes runs the popular Instagram account, @Zilkerbark, and has started a campaign called #CORGIS4HARVEY. Hopes has been posting nothing but Corgi pups on his Instagram account, encouraging people to donate to a GoFundMe. All the funds from the GoFundMe will be going to the American Red Cross and Hopes has set the fundraising goal at $10,000. 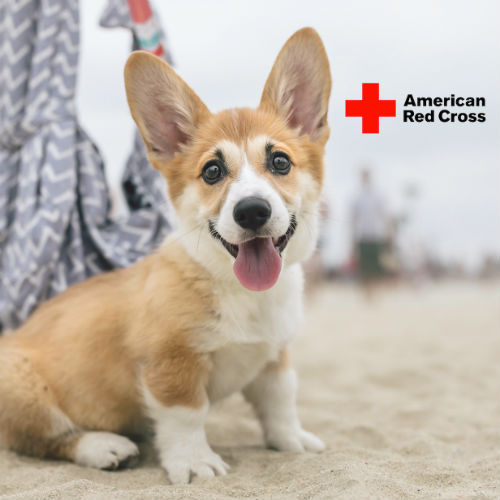 Hopes: My name is Alex Hopes and three years ago I became a full time dog photographer. My dog photographer career began by simply photographing dogs at Austin’s largest park, Zilker Park. I would spend between 20 and 30 hours at the park meeting dogs and their owners. Appropriately named, my Instagram account Zilker Bark became extremely popular throughout Austin. The idea behind the account is that dogs are more than just pets, and everyone’s dog deserves to be treated like the celebrity they are to us. Zilker Bark provides a platform for each dog to get their 15 minutes of fame!

What is the #CORGIS4HARVEY campaign you’re running?

The Corgis 4 Harvey campaign was created to help raise funds for those impacted by Hurricane Harvey. Many fundraisers focus on the devastation of the disaster to push donations. Our idea is to reward donations with happiness, and what could be more uplifting than corgi puppies?

What made you to decide to start the campaign?

We decided to start this campaign to raise funds for hurricane victims while also putting smiles on people’s faces. 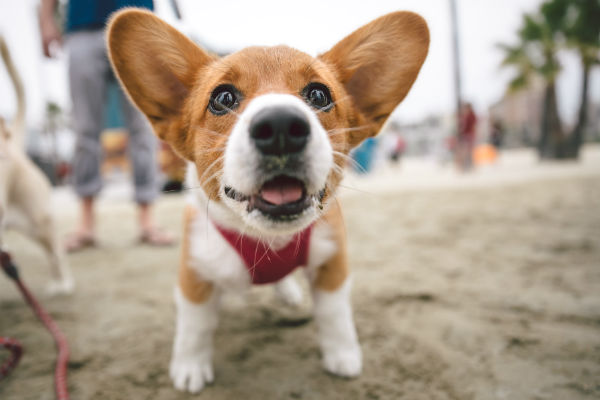 Corgis are so hot right now. Everyone loves a Corgi, and for good reason. They’re cute, smol, fluffy and adorable. We consider Corgi puppies to be the greatest reward we can offer.

How do you think social media can help in difficult times like these?The great thing about social media is that ideas have the ability to go viral, reaching so many people. Corgis, and puppies of any variety, have a high chance of going viral because of the unique happiness that they are able to spread. By tying a worthwhile fundraising campaign to a subject like Corgi puppies, it helps bring attention to the campaign in a way unlike any other. Plus, it’s a win win. We’re really just trading a smile for a donation.

It takes just one person, or one dog, to make a difference. And Alex Hopes is using his photography and Instagram account to help people affected by the devastation of Hurricane Harvey.

As he writes on the first campaign post, “Zilker Bark is founded on the love and compassion we have for dogs. Dogs have a unique ability to put a smile on our face, even on the darkest of days. When tragedy strikes, it’s vital that we help in anyway we can. Even if it’s not your geographic community, those effected by the disaster are no different than you.”

“These Corgis are for you, Harvey victims. You’re not alone.”

You can learn more about the #Corgis4Harvey campaign on Hopes’ GoFundMe page. For continuing information on the Hurricane, check out our story, “Everything Dog Lovers Need to Know About Hurricane Harvey.”

All photos courtesy of Alex Hopes.